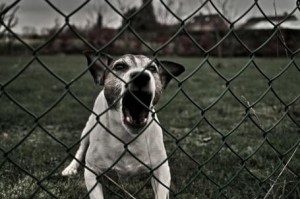 While our dogs do give us love and companionship, that relationship can sometimes become blemished by behavior problems such as aggression or out of control nuisance barking. In some cases it gradually gets worse as the dog owner watches or puts up with it thinking it will go away. Other times it is more sudden, as in a dog bite that brings a sense of immediacy to the forefront.

Often times curing a behavior problem may only take a little tweaking, providing the owner with what seems like an “immediate fix.” An owner who gets their dog behavior problem fixed this quickly might be thinking, “Wow! Problem solved. Now, where was I?” as they move on with their life.

However, many dog problems are much more complex than that – requiring weeks, if not months of positive reinforcement behavior modification exercises.

Owners often times believe they can also get a quick fix for their more complex dog behavior problems. They think – a trainer will come in and fix my dog!

These dogs with problems have either:

Sending the dog in to the doggie repair shop like your Ford, Chevy or BMW won’t address the problem that has developed in the context of your home or neighborhood.

You might get an expensive, 2-4 week tune-up in obedience, your dog returned and your wallet a little lighter, but then the reality of the problem sets in once again as you take your first walk in the neighborhood or try to answer your doorbell while dealing with your barking dog.

Modifying problem dog behavior using positive reinforcement, takes many daily set ups- presenting your dog with the stimulus (cause) that produces his unwanted behavior so that “you” can work him through his issues and teach him an alternate, acceptable behavior – all done in the environment in which the behavior occurs, all done using positive reinforcement. This all takes planned time and dedication to fixing the problem. Most won’t. Will you?

Be as concerned with the trainer of your dog as you are with the teacher of your children. And remember, “Opportunity Barks!”

Resource guarding is a type of dog…

Separation anxiety is one of the most…