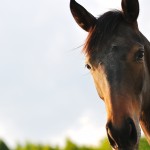 Check www.pinoak.org for a schedule of events. Most events are free and open
to the public. Tickets are available for a donation of $10 per adult for the Saturday
night Grand Prix events. Children under 12 are admitted free.

By www.petpoisonhelpline.com A record-setting 70 percent of…