How Real Is The Threat Of Heartworms? 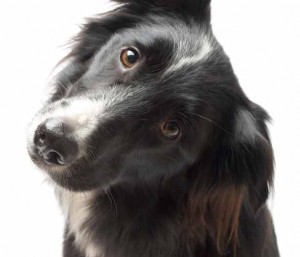 The pet owner was surprised. Her veterinarian explained her dog had testedpositive for heartworm disease, but Rusty didn’t look sick. She just couldn’tbelieve it. When could Rusty possibly have been exposed to heartworms?The threat is real.All dogs are at risk for heartworms, even if they spend most of the timeindoors. Why? Because one mosquito bite is enough to transmit heartworms.“Statistics indicate that in areas where heartworm is common, a very highpercentage of dogs that are not on preventive medication will developheartworm infection,” according to Stephanie Arnold, MPH, DVM, VirbacAnimal Health, Research & Development.

The numbers are growing.According to the American Heartworm Society, dogs with heartworms havebeen reported in all U.S. states, including Alaska and Hawaii. And thenumbers are rising. Veterinarians in most states reported higher numbersof heartworm positive dogs in 2004 than they did in 2001.

How do heartworms “attack” dogs?Certain species of mosquitoes are carriers of microscopic prelarvalstages of heartworms. When an infected mosquito “bites” a dog, theminiscule larvae are released through the mosquito saliva. The larvae enterthrough the puncture left by a mosquito, then slowly migrate through thebody to the heart and lungs, here they continue to grow and reproduce.This developmental process usually takes six to seven months.

Why are they called heartworms?Dogs are the most common hosts for heartworms, which have also beenknown to infect more than 30 other animal species. In dogs that are infected,adult heartworms are usually found in the right ventricle of the heart, thepulmonary trunk, or the main pulmonary arteries. It’s rare, but they’ve alsobeen found in the right atrium, eye, skin and central nervous system.

What do they look like?Adult heartworms are easy to identify because they look like large piecesof long, white string. Female heartworms can grow up to 12 inches long,almost twice as large as males, which have corkscrew-like tails.

How can you tell if a dog has heartworms?Heartworm disease is complex and can result from different heartwormstages. Many dogs infected with heartworms show no signs of disease. Inthe early stages, gradual enlargement of the heart can lead to increasedfatigue and an occasional cough. Dogs in severe stages of the diseasemay be constantly fatigued, have a persistent cough, and difficulty breathing.At this point, recovery may be difficult, and some dogs do not survive treatment.

How do I protect my dog?When used according to directions, monthly heartworm preventives protectagainst heartworm infection in virtually all dogs, and the Companion AnimalParasite Council recommends year-round prevention. Many veterinariansprescribe heartworm preventives, such as those from Virbac Animal Health,that also defend against roundworms, hookworms and tapeworms. Beforeprescribing heartworm medication, a veterinarian must test a dog to see ifit’s already infected.

Questions lead to better answers.Ask your veterinarian how you can protect your dog. More information canalso be found at www.iverhart.com.

2 Responses to How Real Is The Threat Of Heartworms?