Henrietta Is Ready To Party! 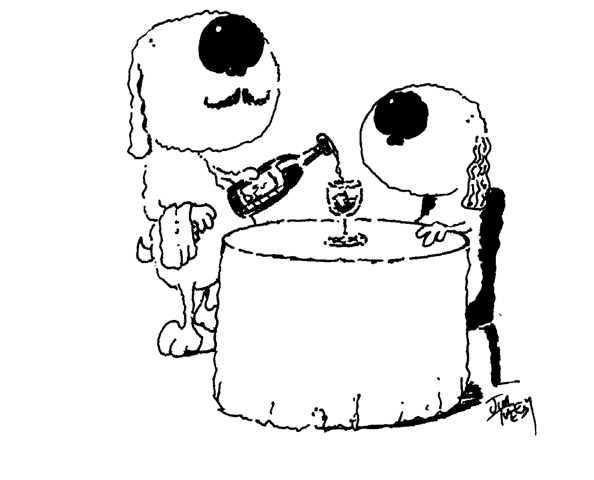 I used to wonder why my mom and other humans seemed to be so elated on Fridays. That was until I started working. I know you think being a gossip hound is easy work but it’s not…wearing high heels on four feet is double trouble and if you think that’s bad, try putting on 4-legged pantyhose!

I actually considered adjusting my style to be more like Hillary and wear pantsuits but there just wasn’t enough room for my tail. And…when Sarah Pawlin made her debut, pencil skirts and glasses were all the rage. The glasses I can applaud but the pencil skirts…well…let’s just say my tail length isn’t the problem but rather it’s the width of my derrier.

What have I been doing that’s so exhausting you may ask? Well, between all of the events (Houston SPCA Mutt Strut, Derek Dog committee meetings, Houston Kennel Club Dog Shows, parties for Stump the Westminster winner) and hosting the annual Henrietta Reader’s Choice Awards (have you voted yet?), I’m beat!

So, when Friday comes, I’m as happy as a clam at high tide. I can already smell the Tortilla Chips and Queso I’m going to have with my Patron Margarita or spicy glass of Red Zinfindel and Edam cheese come 5 o’clock. Well, hell…it’s more like 4 o’clock actually. It’s my reward for a job well done. My mom once tried to give me a chicken liver for a job well done. She has never been that disillusioned since. We came to an understanding that I’m no ordinary dog willing to work my tail off for a small morsel. Big gals need big treats (and big men!).

So, here’s a toast to Fridays (it’s my Aunt Hildegarde’s favorite):

In honor of the 20th Anniversary of Lollapalooza,…

The Houston SPCA is getting ready for…

One Response to Henrietta Is Ready To Party!