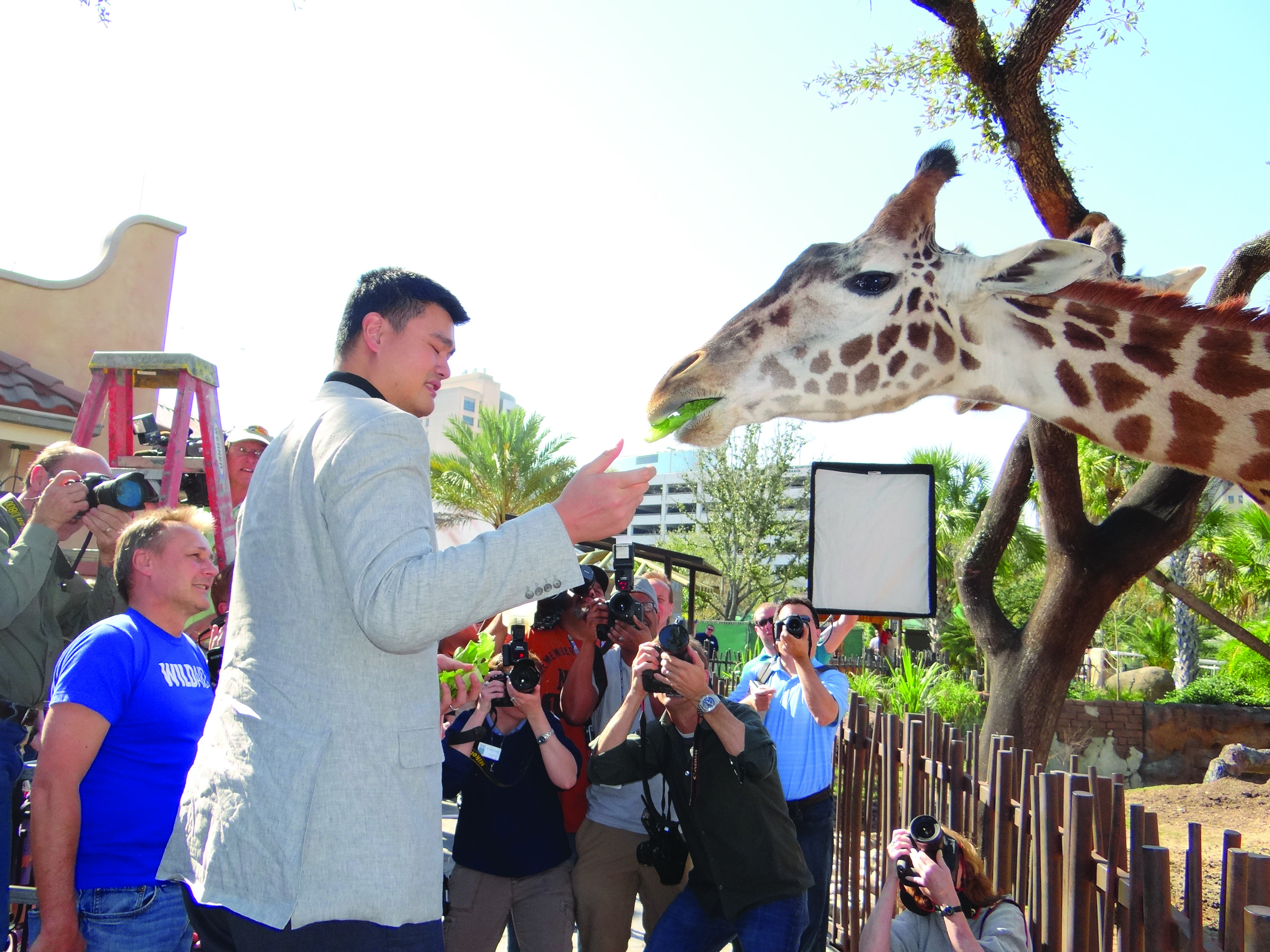 The Houston Zoo’s newest and tallest addition, a male Masai giraffe made his public debut Saturday, March 2, 2013 with his mother at The African Forest giraffe exhibit.  Mom Neema delivered the healthy male calf at approximately 7:10 a.m. on Monday February 25 at the McGovern Giraffe Exhibit following a 14 month pregnancy.

The Houston Zoo’s giraffe keepers who cared for Neema through her pregnancy have named the calf Yao in honor of former Houston Rockets player Yao Ming. Working with the conservation organization WildAId, Yao Ming has led the world’s largest conservation awareness program spotlighting illegal elephant and rhino poaching in Africa and the shark fin trade in Asia.  Yao toured the Zoo’s giraffe, rhino and elephant exhibits on February 14 with a group of Pasadena ISD middle school students prior to the NBA All Star game at Toyota Center.

“The calf was standing on his own a little over an hour after he was born and was nursing about 4 hours later,” said Register.  With the new arrival the Houston Zoo’s herd of Masai giraffe has grown to 9, including 6 males and 3 females. This is Neema’s first successful birth.  Her first calf was stillborn.

While Masai giraffes are not threatened or endangered in their native habitat, there are only about 100 of the species living in 24 North American zoos.  Giraffes are the tallest living terrestrial animal.  Males average 17 feet in height and can weigh up to 2,500 pounds.  Female Masai giraffes typically reach a height of 14 feet.  At birth, Masai giraffes weigh between 125 and 150 pounds and stand approximately 6 feet tall.

Vote For Your Favorite…