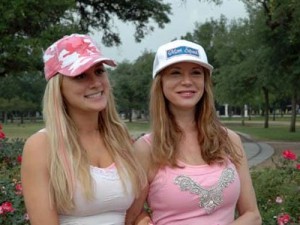 Erica and Cindi Rose won the raise part of The Great Raise Houston TV show, which aired in a two part, four hour series on KHOU CH 11. The show was created by Uchenna and Joyce Agu, the Houston couple who took home the $1 million prize on the 7th season of the CBS reality hit, The Amazing Race. The teams raised money for The Food Bank and Casa de Esperanza, by biking, kayaking, running, roping cattle, sky-diving, etc. through clues and competitions around Houston.

Erica and Cindi took a stand on animal rights. During the cattle roping competition, they were insistent that they did not want to hurt an animal and solicited instruction as to how to complete their assignments safely for the cow. They patiently waited until the competition was over and then kindly asked for help with an instructor to learn how to rope the cow with security, not in fear. Although this cost some of the race time, they stood on principle, and wanted to raise the most money for the causes…and succeeded.

Kudos to TEAM ROSE for standing their ground and being good “animal samaritans”!

More room to roam in Memorial!…

Feast with the Beast

4 Responses to Team Rose Competes In “The Great Raise”