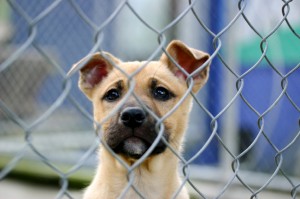 Crime Stoppers has a new plan to put a dent in a crime that law
enforcement says is increasing in Harris County.

On Wednesday they announced the second annual animal cruelty and
anti-dog fighting campaign.

Investigators are targeting a quarter mile area east of U.S. 59 off of
West Little York known as the “Corridor of Cruelty.”

It’s one of the saddest locations in all of Houston that’s been
frustrating officers and animal lovers for more than a year.

“It’s heartbreaking to drive the streets of the corridor and watch
broken spirited and broken bodied animals dart in and out of the woods
scrounging for food, safety and shelter,” said Deborah Hoffman, Corridor
Rescue, Inc.

No one has ever been arrested.

Investigators hope to identify the people who are tossing animals.

“If you have any information, no matter how small you think it is,
please call today,” said Katherine Cabaniss, Crime Stoppers.

SNAP, a non profit spay and neuter group, along with Corridor Rescue,
Inc. have tried to be the agents of change.

One hundred and fifty animals have been relocated, but more abused and
neglected dogs seem to arrive daily.

“Enough is enough in the corridor. Change for the better must happen,”
said Hoffman.

The moment we have all been waiting…

Beaver’s, a great place to hang…

One Response to Officials Craft Plan to Target Animal Cruelty