Looking For A Home! 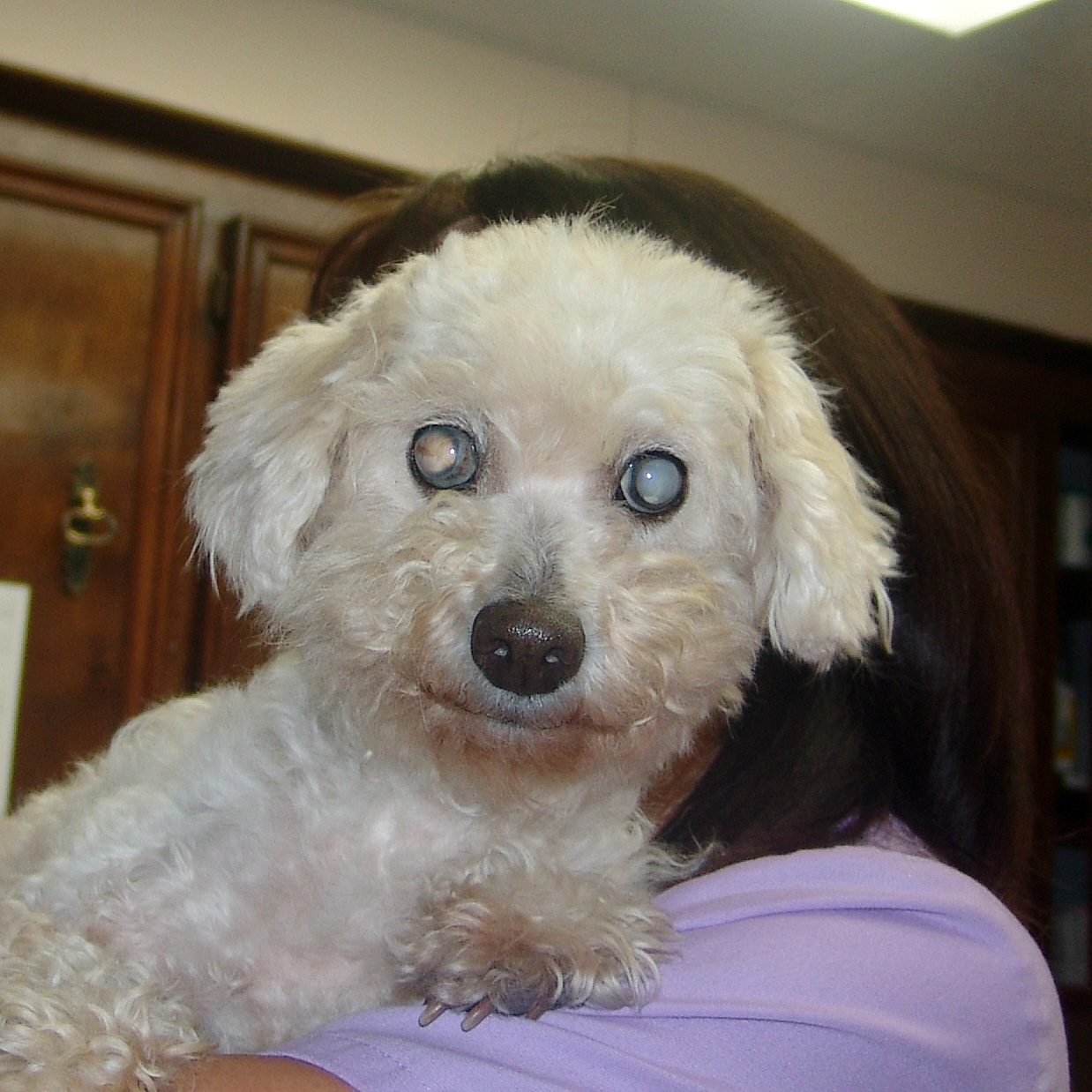 Echo was abandoned in the backyard of a home when her owners moved and left her behind. A well meaning gentleman chased Echo for blocks across busy streets before he finally caught her.
We were contacted by a goodhearted woman who had Echo dropped at her vet. The vet found Echo was very scared but going slow with her found she was heartworm negative. Vet felt that she had cataracts that were operable. The Vet found no other health issues other than her eye problem and needing to be spayed and teeth cleaned. Small Paws Rescue South Texas Leaders decided to take her in and pay for cataract surgery out of our own pockets since Small Paws has a policy of not paying for eye surgery. We picked Echo up and transferred to one of our Veterinarian offices. Our Vet felt that she had displaced corneas and possibly cataracts and infections in both eyes. Eye Specialist concurred that Echo had displaced corneas but found that the right eye was already gone. Further tests found that left eye has retina degeneration and cannot be saved. Echo was close to starvation but has put on weight since we picked her up. We have had blood work profile done on this little girl and it is normal for her age.
Echo is a very sweet girl and is starved for affection. Contact Small Paws Rescue if interested in adopting Echo.