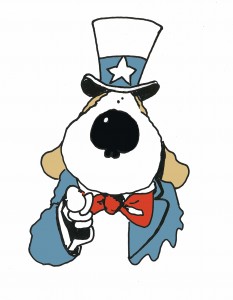 I absolutely love the point Hair Balls has made in his blog about today’s Houston Chronicle article titled “Can BARC Chief Pull Off A Miracle”. Here is his point:

“If you heard what sounded like a sonic boom this morning, it was the thunderclap of Hair Balls’s head exploding. And why would that be? Because one of the nation’s biggest newspapers — the daily for the fourth-largest city in the country — allowed a columnist to print the bizarre evangelical ramblings of a private consultant who was hired in secret to do the work that the director of Health and Human Services should have been doing over the last five years”. (Click here for the rest of Hair Balls article).

Yes, that’s right. We are paying a “consultant” to do what our tax dollars were ALREADY paying our government to do. Again..please exercise your vote for Mayor and city council members this November!! Do your homework and hold the elected officials to their campaign promises. The October issue of Houston PetTalk will feature the Mayoral candidates. Due to space, we cannot ask everything we would like to know from the candidates nor do we have space for lengthy answers, but we will have continued dialogue on the website. We also do not have space to feature City Council candidates but we invite them to send us their views on animal issues in Houston and we will gladly put them on our site. But you must find out their views and plans BEFORE you go to the polls.

The only way to move forward, it seems, on issues such as BARC, the Corridor of Cruelty, Dog Fighting and more is to elect a group of people that are leaders and care about the issue. They must have a vision for correcting the problems and a personal interest in the subject. I’ve given up hope on the current crew who has never been steering the ship when it comes to our city’s challenges for animal control, illegal fighting, etc….so let’s make sure we get a captain that cares come November.

Since Tuesday, BARC has had seen a…