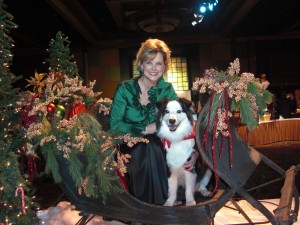 Known to be one of the best galas in town, Citizens For Animal Protection’s “Celebrity Paws Gala” didn’t fail it’s reputation Saturday night, Nov. 22. Guests, bejeweled and bedazzled, filled the Hilton Americas Ballroom for a celebration of CAP’s accomplishments and to raise money for the many homeless animals that pass through their shelter each year.

Over 500 guests bid on silent auction ‘goodies’, big board items and live auction items including trips to Colorado and Mexico, Vanessa Riley Couture, Valobra jewels and much more. In addition to the auctions which are always exciting and raise the bulk of operating funds for the shelter, 10 honorees competed for the Celebrity Pet of the Year. Patti Murphy and her beautiful Persian cat took the top honors. Each honoree, along with a designer, presented a “vignette” for judging and viewing. The theme for this year’s gala was “Home For The Holidays” and each designer did a great job interpreting the event and creating a fabulous vignette!

The party rocked with great food as Paul David Van Atta presided over the event as Director of F&B for Hilton Americas and the bar was flowing with libations. Gala chairs Todd Zucker and Linda Schmuck put on a great party and emcee Deborah Duncan even broke out in song with the band to get the party started.

Awards were given to Dan and Susan Boggio for their longtime dedication to CAP including their fundraising and personal donations to the future CAP home, currently in planning stages as the Capital campaign endeavors to reach a $5.5 million dollar mark (they are only $500,000 away!) to break ground. The new facility will be located at I-10 and Barker Cypress.

Check out the photo and video taken by Houston PetTalk as we partied down with the cities most dedicated (and fun!) animal welfare supporters! 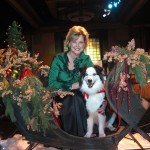 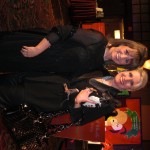 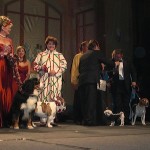 One Response to Citizens For Animal Protection Gala