Unconditional Love: A Lesson Taught by our Pets 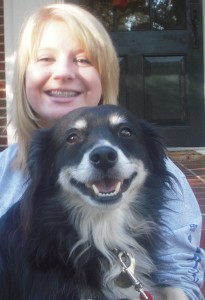 How can one family live with two dogs, six cats, and a fish? It’s not easy and it can be a lot of work, but apparently it’s possible. Ever since I can remember, we’ve had more than one animal in our household because my family (which consists of my mom and dad, my little brother and myself) believes animals help us be better people.

Before I was born in 1993 in Austin Texas, my parents had three cats, Taz, Romeo and Bookie. When I was a baby, my mother reports “cat” was one of my first words and I was able to imitate cat behavior sometimes by purring or hissing at various people to communicate my feelings. Not something every three-year-old would do. I was also highly influenced by a cat’s independence, how they take charge, and how they are all very self-aware. My personality, even today, is much like that of a cat’s because I’m tidy, careful about choosing my friends, but once I know who one really is, I am very loyal.

Even though I didn’t have dogs at a young age, my mother always told me to never be afraid of them. I liked some dogs, but not nearly as much as cats. This really changed when I started volunteering at our local animal shelter when I was 9 years-old. I began bonding with various dogs of all personalities and realized not all dogs were sloppy, unclean, and well, dumb as I had once thought. Like cats, I learned that dogs just need your patience. This is a good lesson to learn when making friends or dealing with family. Patience is needed in all relationships.

When we had been going to the animal shelter for a while and this led me to think long and hard about how maybe, just maybe, our at-the-time four-cat household (which also included my then 3 year-old little brother Marshall) could welcome in a dog. My parents disliked the idea at first, but my persuasive skills soon won them over and my brother and I both fell in love with an Australian Shepherd and Border Collie mix. We adopted him from the shelter and we named him Tucker. It was an adjustment for our whole family (cats included), but once we moved to Houston that summer, I managed to persuade both my parents into getting another dog amidst all the post-move chaos, this time, a Golden Retriever puppy from Oklahoma City.

Having pets has taught our family so much about life. For one, cats and dogs never judge and will always give humans a chance. Second, they learn (eventually) how to get along in a human living environment. And three, no matter what you do, pets forgive their humans and will always give them unconditional love. Our family tries to emulate how our animals coexist. Even in the hardest times, our pet inspired patience pays off.

Pet Adoption: How to C…

"No Kill" At Montgomer…

9 Responses to Unconditional Love: A Lesson Taught by our Pets