Obama Wins – I Never Have To Work Again! 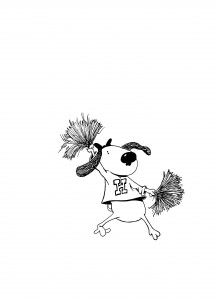 I’ve never considered myself a political “animal” but I couldn’t help getting into the dogfight this election turned out to be (actually, when I think about it, all elections are dogfights. Maybe McCain should have hired Michael Vick to be his campaign manager because that’s someone that really “digs” dogfighting and has a heart of stone…perfect for politics). Now that I have officially come of age to vote, which I took full advantage of (I took every poll, campaign sticker, button and sign offered), it’s interesting to look back at my mental maturation as a newly anointed civic-ly interested citizen.

At the beginning of the year, I was fully behind (not literally) Mitt Romney. I really had not a care in the world about his views, experience or proposed policies. I simply thought he was beautiful and could enjoy looking at him every day for 4 years. Alas, that love affair was dashed by John McCain (who I really didn’t want to look at for 4 years).

However, John’s wife was lovely and a picture of style so I thought I could possibly just look at her. And, to John’s credit, the man is a man of honor who clearly loves his country and would make the ultimate sacrifice for it. I can’t name one person I know of that would do that other than Bushwhacker, the Rottweiler that lives down the street who wears Camo’s everyday, hides behind trees and makes machine gun noises. He would definitely go to battle!.

So, John came to grow on me over time because he was the closest candidate to a “constitutionalist”, which is how I’ve come to think of myself. I want freedom and I want to cling to my guns and religion because in my mind, I would rather trust God and shoot an intruder than worship Iranian Caviar and be blown up by a terrorist while watching Lassie re-runs (well…on second thought, that might not be a bad idea. I’m more than “over” Lassie but mom says it’s good for my character to watch this “wholesome” show. She might want to think about the fact that rather than learning great family values, I’ve developed a neurosis about all Collies).

But, bottom line is McCain didn’t win and given my naturally happy self, I look for the silver-lining in every cloud. Now that Obama is President, I won’t have to work another day! As you know, Mom made me start working when I turned 2! She says that’s actually 14 in people years. I’d like to get my paws on Loren Greene and Alpo for ever propulgating that bologna! However, with our newly annointed President-Elect, who vows to give us (and the world) peace, prosperity, a clean environment, universal healthcare, housing, groceries, low gas prices and even a sofa to lay on while we are relaxing in a Democratice Utopia, I’m startin’ to like this scene, brotha! I especially like the way he’s going to go about giving us a life of leisure by taking the money from “rich, fat-cats” and giving it to the rest of us…I never liked cats anyway!