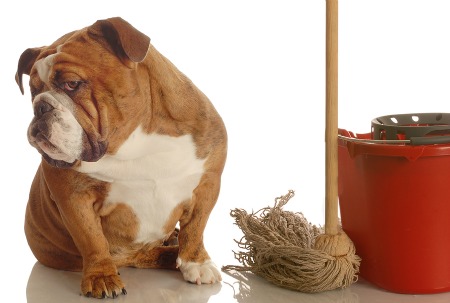 “Your dog’s behavior will change when you change” is what we tell owners who insist that “I need to fix their dog”.

I had an elderly couple as clients who had called about their 5 year old Bulldog named Freddy who had taken to house soiling. One of the first things they said was they were considered giving up the dog – their rugs were being ruined.  And they didn’t like that Freddy was not nearly as affectionate or loving as their last Bulldog, who was, of course, the perfect dog. 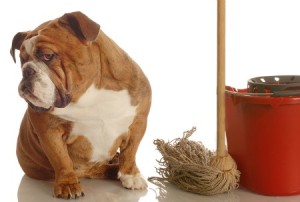 When they called the office and spoke with Leila they said the reason for their call was:   “Freddy needs re-house training and behavior modification…”  We are upset and we just can’t sacrifice our rugs because of Freddy’s psychological issues.”  What these owners said is important.  Why?  Because my experience has shown me that unless the owner has a very strong commitment to helping their dog, it is extremely difficult to make any progress at all.

Part of this may be the world we live in, but many owners like this couple want a quick fix. When calling, they are flooded with emotions about their dog problem like, “When I saw the mess in the house, I could have whaled the tar out of him!”   They are usually vacillating between “I’m getting rid of this dog now” to “I’ll keep him only if he stops peeing and pooping on the rugs.”

I explained to Freddy’s owners until they unanimously decided to keep Freddy, their house soiling issue would not go away.  They were taken aback by that, but agreed to have the heart-to-heart and talk about their true feelings for Freddy and ask themselves, “Is it better to re-home him or can we commit to keeping him?”

Freddy’s mom called back the next week and said that they had talked it over and had made a unanimous decision to keep Freddy – no matter what.  When owners change their attitudes toward their dogs – from uncertainty to an attitude of unconditional acceptance of their pet, the dog begins improving almost immediately.”

Dogs are extremely sensitive to your emotions.  Freddy could feel his owners begrudging disappointment towards him. But with their renewed commitment to Freddy, they had removed a huge stumbling block to Freddy’s success. Freddy picked up on their “renewed emotions” which made him less stressed and anxious.

Most all trainers recognize the intuitive sense that animals have and use to interpret your feelings and emotions – which affects how they respond to you.  Three-time Olympic equestrian Champion, Jane Savoy, put it best when she quoted Jonathan Manske:  “What is going on inside your head really does matter! Your thoughts, your attitudes and especially your non-conscious programming create your results. When you change what is going on inside your head, your ‘real world results’ change as well.”

Freddy’s owners changed what was going on inside their head with a renewed commitment to Freddy. As I started working with them they reported that Freddy had stopped peeing/pooping within the first week.

In addition to the behavior modification program, we also included dog obedience training  and implemented some much needed rules, boundaries and expectations for Freddy.

For Freddy’s owners, this meant stepping back and using my “Ground Rules for Great Dogs” to change Freddy’s opportunistic mindset of, “What’s in it for me?” to one that was more giving and harmonious. These Ground Rules for Great Dogs changed the entire relationship between Freddy and his owners.  The structure and training were well-received by Freddy and improved his quality of life as it gave them a new way to interact with Freddy other than just lap time and gave Freddy a new way to behave.

The principle in this story has been repeated many times with other clients and their dog behavior problems leading us to this conclusion: Your dogs behavioral reactions to you will only begin to change when you unconditionally accept your dog.

Jim Burwell, professional dog trainer for 25+ years, has a profound understanding of dog behavior and the many things, we as humans, do that influence that behavior – good or bad.  Jim has the ability to not only steer dogs and puppies down the right path but to also train the owners to understand their part in having a great dog. 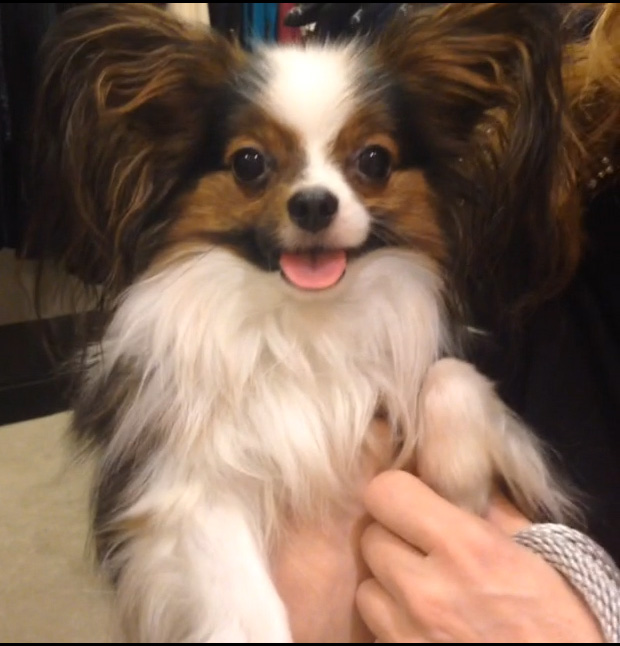 Luke The Papillon Needs a Home 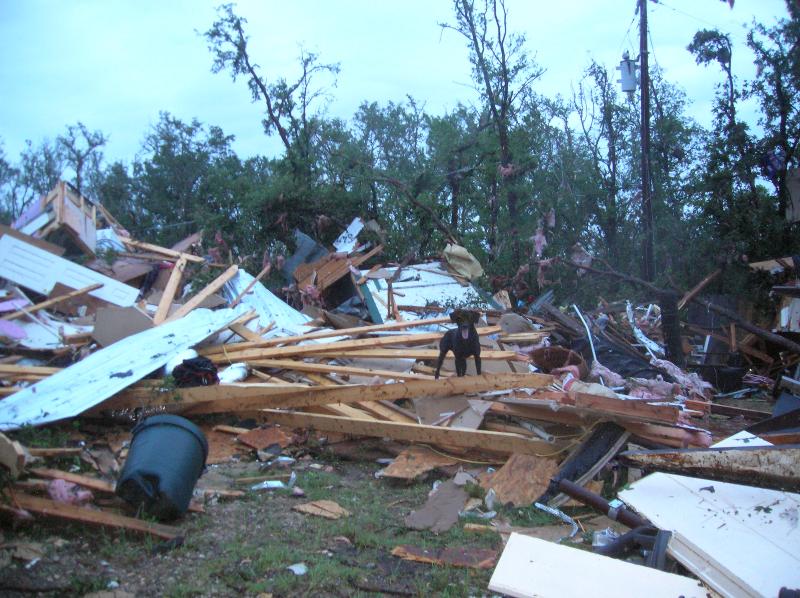 Deborah Duncan Is Great With Animals Too!